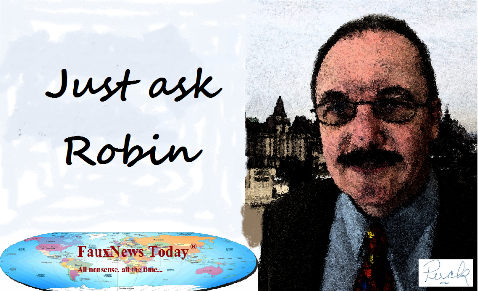 Dear Robin:   I have a co-worker who sits in the next cubicle to mine whose habits and general weird behaviour drive me absolutely batty. He chews gum loudly and taps his teeth with a pencil.

I’ve discussed his habits with other employees and we all agree that they are distracting and disgusting and that he should be asked to stop for the good of everyone around him. What would be the best way to ask him to stop?   Stacey

Answer:  Really, Stacey? He chews gum and taps his teeth? And, as his next-door cube-neighbour, you find this beyond your tolerance to bear? And you’ve also taken the time to discuss what you consider as quirky and annoying behaviour with other employees, your mutual colleagues, and conspired to the point where they’ve agreed that he is a social outlier and, as such, he should be centred out and censored for what your group has decided is unacceptable.  How very progressive and tolerant of you all.

Have you ever considered that perhaps he gets some small pleasure out of chewing gum?  Have you ever considered that perhaps he taps his teeth with a pencil because it’s a way to help him concentrate when he’s tackling a challenging work problem and he does these things unconsciously to distract himself from being forced by proximity to listen to or observe your little personal quirks and habits, whatever they may be?

Unless I had the opportunity to measure the ambient noise-level of your cube-neighbour’s gum chewing and tooth-tapping with a decibel metre, I wouldn’t presume to give you advice on solving what sounds to me (on the face of it) like an insignificant problem in a much larger and longer list of things that are wrong with the world.

Perhaps what he is doing is excessively loud; perhaps it is just that you consider it so. What I will say is this: tolerance is a word that many people feel free in demanding from others but often fall short of practicing themselves. I would begin with some self-examination.   Puck