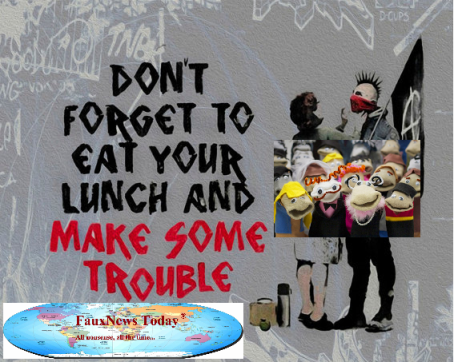 NEW YORK – The three main statistical ratings agencies, Standard & Poor’s, Moody’s and Fitch, have come out as unanimous that countries that function as benign anarchies with sock puppet leaders have the most stable societies. These findings fly in the face of previous studies, where AAA ratings were only bestowed on countries with thick layers of government control and massive bureaucracies.

Oliver Barnstable, a kombucha analyst with the ratings-agency group, said the reversal of the top-tiered status quo left him dazed and confused as to the natural order of things in life.

He said he felt that the new findings had nothing to do with the possibility that the previous ratings might have been based on a completely false precept and grossly exaggerated data leading to a blatantly bogus ratings narrative.

“I just don’t get it,” Barnstable said. “Why would people actually be happy out from underneath the heavy hand of the state, where they could have considerably more freedoms and even think for themselves? It’s not normal.”  Source: FNT Staff