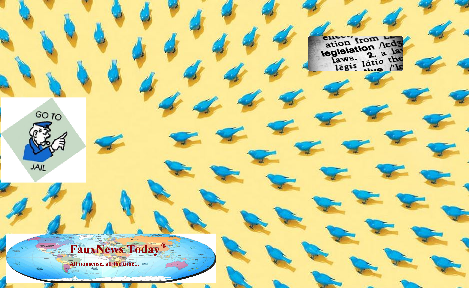 OTTAWA – Ever quick to kowtow to any frivolous demand for political gain, the Canadian government is now considering legislation that will make any opinion illegal that does not meet with the approval of the social media mob.

Bill C-16 has been called, “idiotic”, “a travesty”, “an insult to common sense”, and “Naziesque” by various members of the public when a YouTube video went viral exposing the dangers inherent in the legislation.

Bill C-16U will go one better and change the federal human rights act and the Criminal Code to make any opinion illegal, if it is deemed to be unpopular by a social media mob.

There have been numerous objections to Bill C-16U, however as they are considered unpopular opinions, they have been ignored by the government. And after the passage of the Bill they will immediately be made illegal.

“Our goal is to show Canadians on social media that we are one-hundred percent responsive to their every wish, as long as it can be e-verified as the latest, most up-to-date popular opinion,” said Cranshaw. “As for unpopular opinions, they simply cannot be left to stand.” Source: FNT Staff