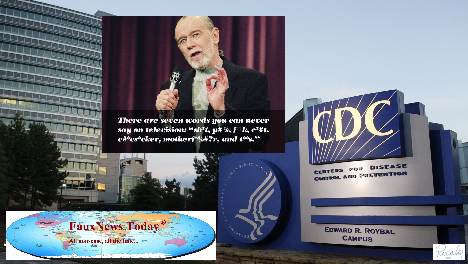 ATLANTA – A spokesperson for senior staff at the Centers for Disease Control and Prevention said the group was “dazed and confused” on Friday, immediately after  it received a list of seven words it was forbidden from using in policy documents. The edict from the federal government’s administration regarding prohibited words was followed up by a list of seven replacement words that were approved for use.

The approved replacement words, at the time, triggered off a firestorm of legal back-and-forth that ended up in a U.S. Supreme Court decision. The result was that some speech was government-regulated on television.

CDC, the nation’s top public health agency, is now engaged in striking a budget and other documents to be given to Congress. At issue for government are federal services for things like sexual orientation, gender identity and abortion rights. The documents, which will affect about $7 billion involving the health of the nation, usually line up with the administration’s policy priorities.

So while words like “vulnerable,” “entitlement,” “diversity,” “transgender,” etc. are out, George Carlin’s naughty words appear to have met with government approval.